Untold hours spent in Google Sheets over the years and I only just figured out that there is a keyboard shortcut (or at least, a series of keystrokes) to insert a row above or below the currently selected cell.
When the guy in front of you in the very long line proceeds to order for five different people, all of whom apparently have very specific requests.
Do yourself a favor and go check out St. Lucia’s new album Hyperion, which is out today. I found out about it yesterday via a coworker, and is is really good.
SmartSheet has gotten a lot better since the last time I had to deal with it (which was 3-4 years ago). I generally loath the whole project plan/Gantt chart business, but this isn’t too terrible. The Card view is kind of handy and neat, too.
Hey New York Times, SHE HAS A NAME. It’s Christine Blasey Ford. How about you use it? 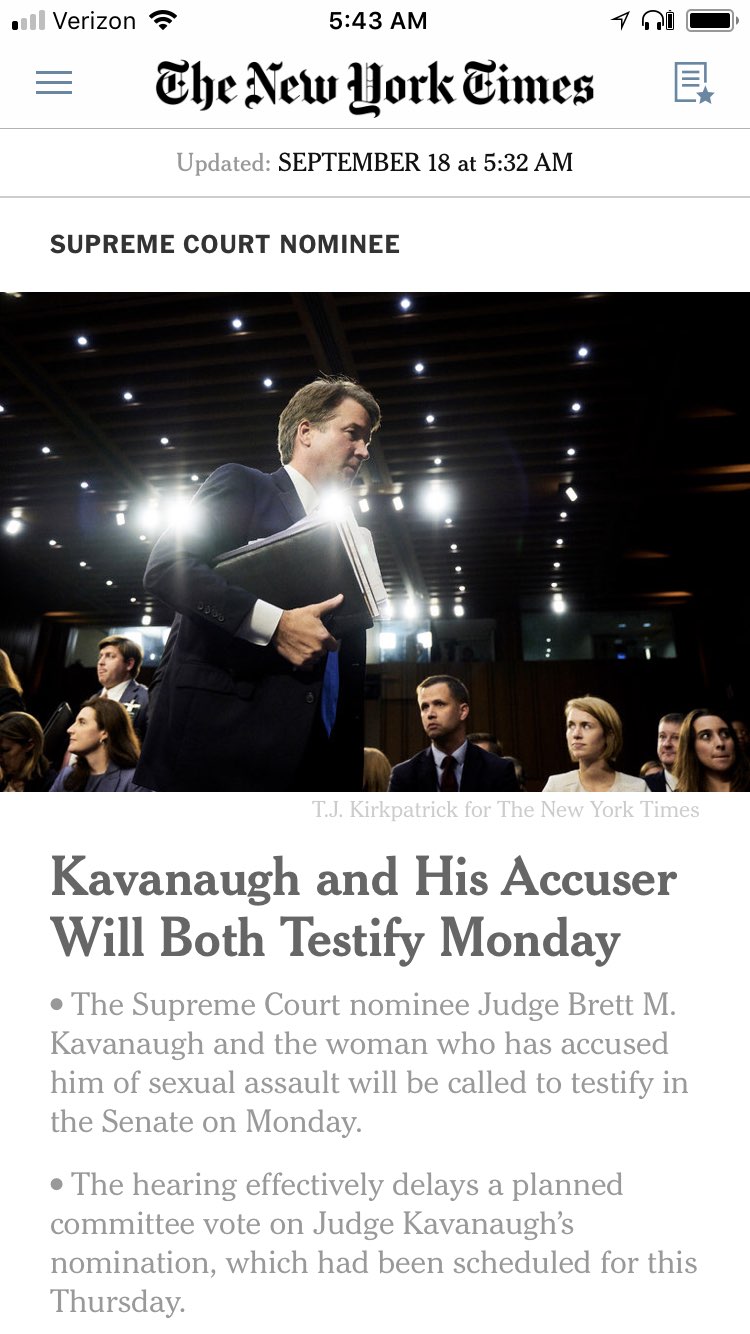 Is “over-metrification” a word? It should be.
But wait—I thought Rudy was supposedly working for Trump for free…

The press recently reported that Rudy Giuliani is trying to pressure the Romanian government to soften its anti-corruption campaign to benefit a Romanian-American real estate tycoon who was convicted and sentenced to prison. The fact that Giuliani is performing this service while he’s also the White House counsel is troubling enough. But what should have garnered more attention—and so far has not—is that Giuliani is being paid by the Freeh Group, a private consultancy run by former FBI director Louis Freeh.

Freeh’s involvement in this case fits a pattern of his mercenary post-government career. Far more seriously, Freeh was also a lawyer for Prevezon, a money-laundering Russian company caught up in Robert Mueller’s investigation of Russian interference in the 2016 election. Prevezon is also represented by Natalia Veselnitskaya, the Russian lawyer who notoriously participated in the infamous June 2016 Trump Tower meeting between Russian operatives and Paul Manafort, Donald Trump, Jr., and Jared Kushner to discuss supposed “dirt” on Hillary Clinton.

I am enjoying the new Orbital album probably more than anything they have put out since Orbital II, which remains one of my favorite albums.
I really like Beto O’Rourke and I hope that he wins. The stuff he is saying is what a lot more Democrats should be saying, and there are only a few things I would enjoy more in politics than to see Ted Cruz lose and leave the US Senate in disgrace.

However, I have been watching the growing national fascination with O’Rourke’s campaign with increasing concern.

I think this is one of those cases where a local race is being imbued with national significance, and I worry that a lot of left-of-center folks are getting their hopes unreasonably high. O’Rourke seems to be a great candidate, but he is competing against a powerful incumbent in a pretty red state. His campaign is doing well with fundraising, but I wonder how much of that translates to the local enthusiasm that will be necessary for him to win, rather than reflecting out-of-state interest by people who watch a video of him on Facebook or Twitter and are inspired to click on the Donate button.

My fear is that, despite mounting a great insurgent campaign, O’Rourke will end up losing to Cruz for structural reasons and everyone who has gotten so excited at his rise will throw up their hands in despair.

Instead, we should stay excited and look for more opportunities like this. I sincerely hope O’Rourke manages to pull off the upset, but even if he doesn’t, he has shown that Democrats can compete in Texas, and he has forced Cruz and the rest of the Republicans to spend a ton of money and time on a race that they all thought would be an easy win.

The Ruff Ruffman show on PBS Kids is surprisingly entertaining and informative.